CpM is a chorus with some heritage; a changing version of this group has been making music in Boston since 1949. Of course, with every new music director and every new season, they re-invent themselves a little bit.

This particular cover uses the image I created for their Beethoven Missa Solemnis concert. I was thinking about a moment in Beethoven’s 9th Symphony where it feels like the ceiling of the concert hall peels back like the lid of an anchovy tin, and we feel the vastness of the firmament above us!

Note from the first year I did a season brochure for this chorus: “I had a breakfast meeting yesterday with Martha Jones, President of the Celebrity Series. I had previously sent her a brochure, and she was very complimentary about it. I just wanted you to know what an impact your work has had on CpM and its reputation.”
– Alison Palmer, Chorus pro Musica president 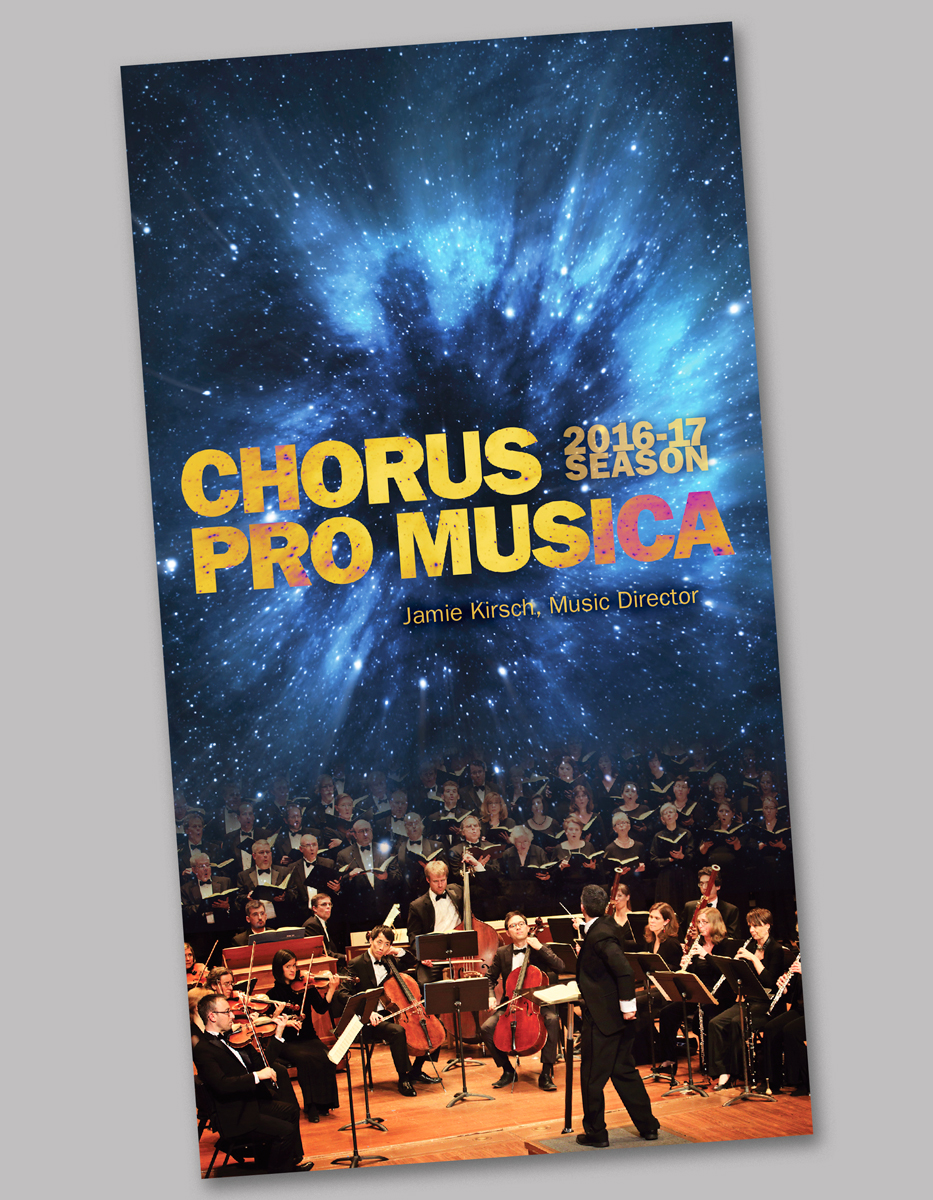 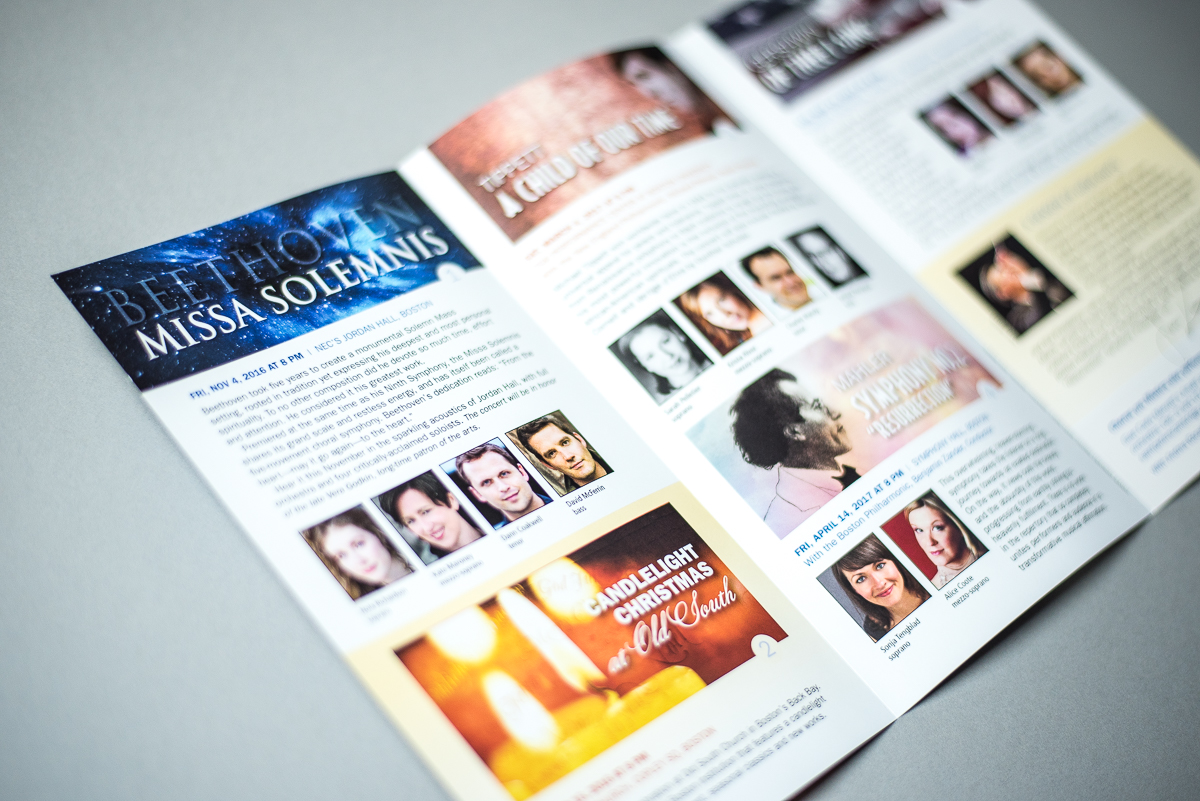